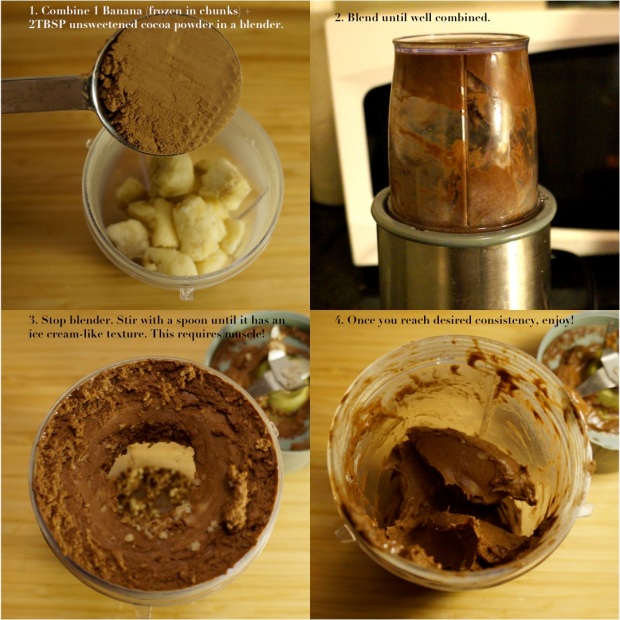 1 Frozen banana + 2 Tbsp unsweetened cocoa powder. This simple snack requires a bit of muscle (frozen banana chunks don’t blend easily without liquid) but it really is quite simple. Just give it a strong stir between blends, and you’ll be enjoying a rich, chocolatey treat in a matter of minutes. And with no added sugars, it doesn’t get much healthier than this. Just fruit sprinkled with antioxidants. 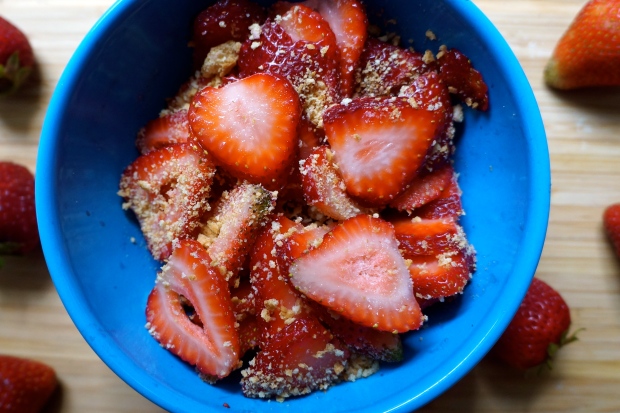 As soon as strawberry season rolls around, this becomes one of my favorite treats. I just slice up a cup of strawberries (about half of the carton) and then top with 1 crushed graham cracker. Think of it as a simplified version of strawberry pie with graham cracker crust. 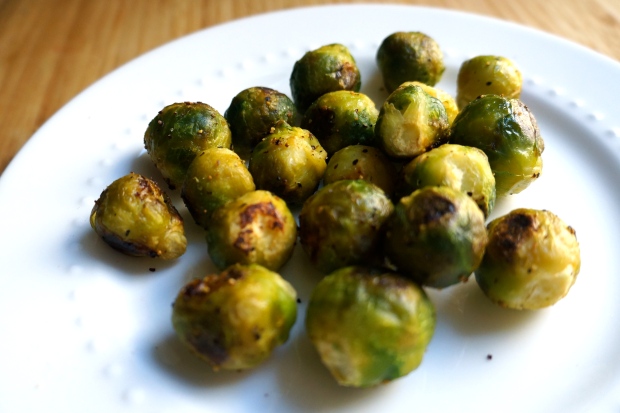 Former President and COO of McDonald’s wants to make brussels sprouts the new french fry at his new healthy venture, Lyfe Kitchen. I don’t blame him! When oven roasted until crispy, brussels sprouts have the satisfying salty bite of popcorn. I tossed 1 cup of frozen brussels sprouts in 1 teaspoon of extra virgin olive oil and a generous amount of lemon pepper, then roasted at 425 F for 30 minutes (until crispy on the outside).  Other tasty seasonings to try would be Nature’s Seasoning or Nutritional Yeast.

Did you know that popcorn is actually a whole grain? It’s the movie theater butter that gives this fiber filled treat a bad rap. A bag of low fat popcorn is perfect for sharing with friends while watching late night chick flicks or ESPN. Smart Pop also comes in 100 calorie packs (both butter and kettle corn flavored). Prefer to do things yourself and avoid unknown additives? Here is a recipe (and video tutorial!) for how to make your own microwave popcorn using corn kernels and a brown paper bag.

I use this 5 minute recipe to make chocolate oatmeal, and then I sprinkle some sliced almonds on top for added crunch. Oatmeal is an incredibly healthy choice, no matter what time of day, and sweetening oatmeal with a banana makes it more nutrient dense than sugar sweetened oatmeal.